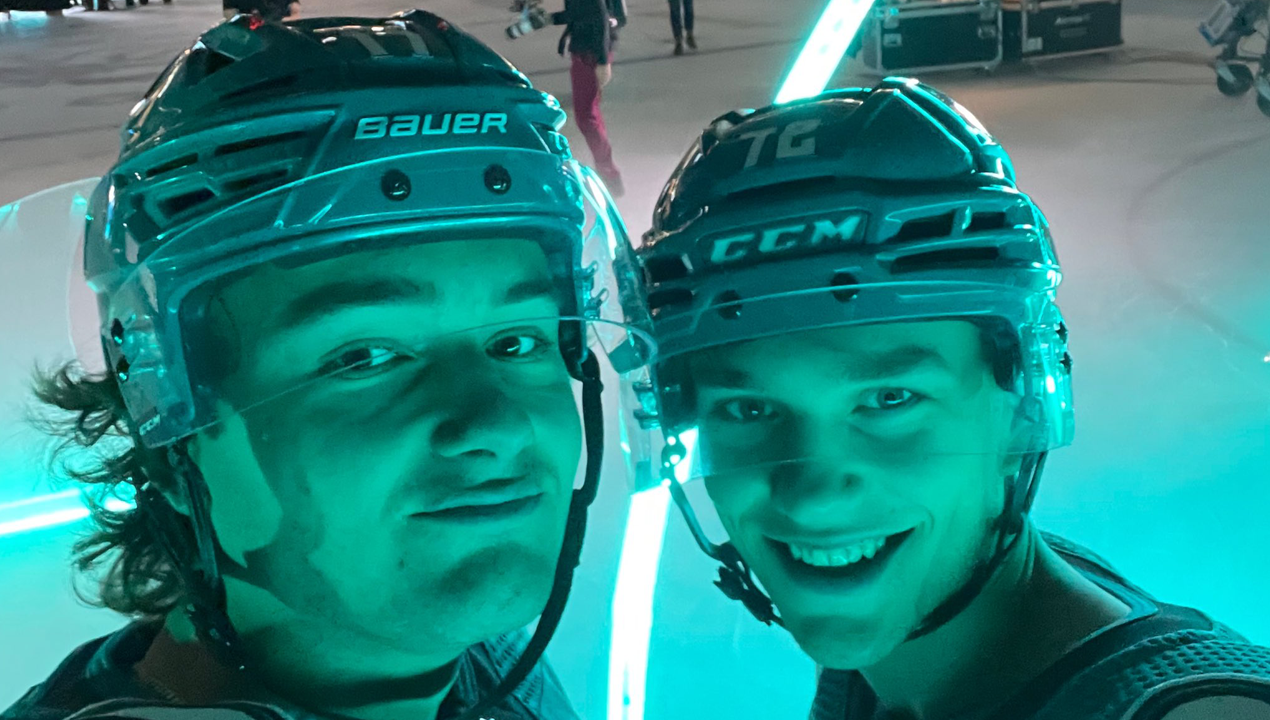 Part three of the Sharks top prospects rankings features a top 5 that while better than years past, should be stronger than it is considering the struggles this franchise has experienced. There is a lot of upside with the top 5, all of which are forwards, but as a rebuilding franchise the Sharks could use more elite talent.

Cam Lund is the first of two recent draft picks to climb into the Sharks top 5 prospects. He is a highly skilled forward with size, and a ton of upside. His hands are very good, can beat defenders one-on-one and also has an NHL level shot. While I try not to read too much into an event such as the Sharks summer prospect showcase, one couldn’t help but be impressed with Lund who was dominant much of the night. His numbers weren’t terribly impressive last season in the USHL scoring 25 goals and 50 points in 62 games, but he was only 1 point shy of the team lead. This season Lund will begin his college career with the Northeastern Huskies where he should be expected to put up some decent numbers despite being a freshman. Depending on how Cam adapts to the NCAA hockey, I’d expect him to spend 2 years there prior to signing a pro contract.

Daniil Gushchin had one of the best 2021-22 campaigns among Sharks prospects. There were some questions on how he would adapt to his first season in the OHL after three seasons in the USHL. Gushchin had a dominant season, scoring 41 goals and 71 points in only 51 games. It can’t be overstated how little help he received from his team which was the worst in the OHL. Gushchin had only 3 less goals than the IceDogs 2nd leading point scorer! Gushchin is very small but has a ton of skill and doesn’t play soft. He has very good hands, skates well and possesses an NHL level shot. I would go as far as to say that he has the 2nd highest upside of any Sharks prospect. If his development continues, he has top line upside. The risk with Gushchin is that he likely won’t fit into an NHL lineup in the bottom 6. His defensive game isn’t a strength and he doesn’t bring a physical presence. Gushchin’s future really boils down to whether his offensive abilities are high level enough and translate to a top 6 role at the NHL level. Daniil just wrapped up a very impressive pre-season with the Sharks and one has to assume he almost forced the Sharks to bring him on the Euro trip. Gushchin should have every opportunity to succeed in the AHL to start the season which should give an indication of where his game currently stands.

The Sharks traded down from 11th to 27th overall in the 2022 draft and selected Filip Bystedt. This move will be debated likely for some time among Sharks fans. Bystedt was taken a little bit higher than consensus opinion while there were also big names available at the Sharks original 11th pick as well as at the 27th pick. That’s history now though and Bystedt is a first round caliber talent. He is a 6-foot-4 center who can skate very well for his size. He has decent enough puck skills and when factored with his skating has 2nd line center upside in his future. The other positive is that he isn’t quite a boom or bust prospect as his overall game is good enough to be a 3rd line center if his offense doesn’t develop enough to be a 2nd line center. Bystedt had strong numbers last season in the Swedish junior league and even suited up for 15 SHL games scoring a goal and an assist. Bystedt is off to a strong start this season with Linkoping’s senior club (6-2-2-4) and should be expected to stick there for the full season. He should also be expected to make Sweden’s WJC squad later this year. Filip is likely a few seasons away from playing with the Sharks but he has the raw tools to be an impactful player at the coveted center position.

The Sharks number 2 prospect is highly skilled forward Thomas Bordeleau. He had a solid 2021-22 season overall but the finish was quite strong. Bordeleau signed his first pro contract after a sophomore season with Michigan that saw him score 12 goals and 37 points in 37 games. While his numbers weren’t much of an improvement over his freshman season, it should be noted that “Bords” was playing 2nd line center away from the big names in that Wolverine lineup. He did however feature in the top PP unit. After the college campaign ended in disappointment for Michigan, Bordeleau immediately made an impact at the pro levels. First he had a quick 2 game stint with the Barracuda where he registered 3 points and fit right in offensively. He was then promoted to the Sharks for the final 8 games of the season where he registered 5 assists and a beautiful shootout winner in the memorable Sharks victory that all but eliminated the Golden Knights from playoff contention. Bordeleau has the ability to develop into a mainstay in the Sharks top 6 and on the power play, however he likely will need to develop the defensive side of his game a bit more. Bordeleau can sometimes be too relaxed or passive in the defensive zone. This likely won’t be an issue at the AHL level but to gain trust of David Quinn, Bordeleau will have to improve defensively. His skills should result in an NHL career and possibly a very productive one offensively.

Retaining the title of top ranked prospect is William Eklund. Despite being drafted only months earlier, Eklund was very close to remaining with the Sharks for the full 2021-22 season. After a great camp, Eklund earned 9 games with the Sharks but to the displeasure of many Sharks fans, Eklund was sent back to Djurgardens of the SHL for one last season. It was expected to be a dominant return to the SHL but Eklund struggled to find consistency tallying only 1 goal and 14 points in 29 games. Injuries and Covid certainly played a role in his struggles but in the end it wasn’t the campaign Sharks fans hoped for. That being said Eklund is still the elite talent that the franchise coveted when selecting him with the 7th overall pick in 2021. Eklund’s puck skills are elite even for the NHL level as is his skating. His shot could use improvement but even if it does improve Eklund will likely be more of a playmaker at the NHL level. He has great vision, creates space with his puck-handling abilities and then finds his teammates open with great passes. Eklund will likely play wing early in his NHL career but he has the ability to play center. Eklund has all-star ability and if his game translates well to the NHL he will likely be among the Sharks top forwards for a long time. Sharks fans should look forward to many spin moves in the near future.

The Sharks prospect pool has improved depth with a handful of players who could develop into top-6 forwards and a few defenseman capable of top-4 minutes. Goaltending now appears to be a position of strength with Beaupit, Gaudreau, Mann and Makiniemi all with NHL upside. Players like Merkley and Gushchin will be crucial for the Sharks rebuild. If they can reach their potential the franchise would likely have multiple home grown top end players which is a primary ingredient to being a top team. If those players struggle to adapt and produce at the NHL level fans will likely be looking at a few more years of the Sharks needing top picks to properly rebuild. A top pick would be a blessing for the 2023 draft as this is expected to be among the strongest drafts in the last 20-25 years. The current group of prospects serve as a solid foundation, but with the addition of an elite prospect or two in the coming NHL drafts the Sharks could be in a prime position to start competing again.