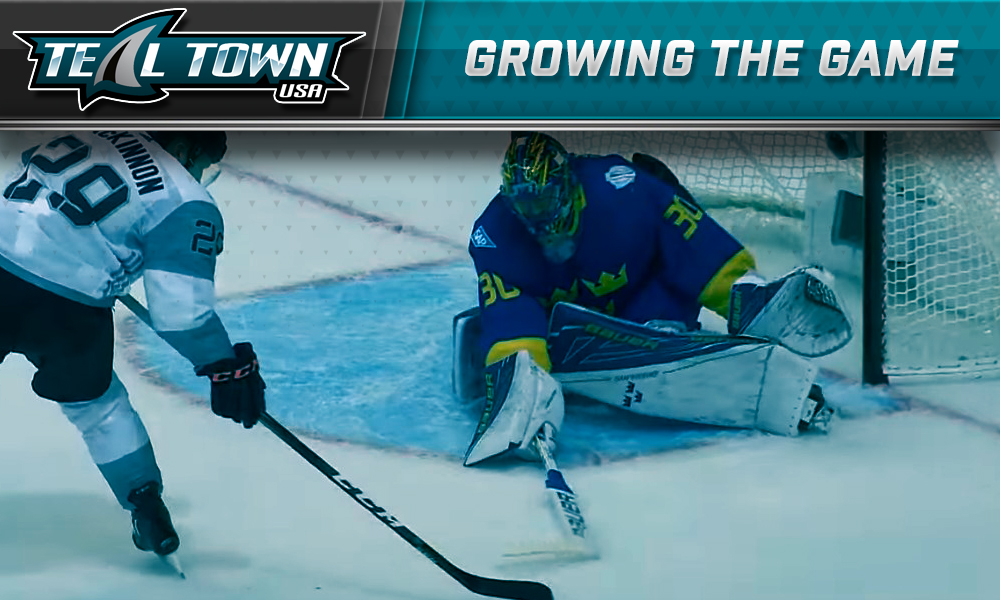 Growing The Game: The Kids Are Alright

Growing The Game: The Kids Are Alright

Today, we talk about how hockey has morphed into a game of incredible speed and skill, and the talents that have come along with it.

I was reading two articles from The Athletic that basically talked about the future of hockey, and how we are just now seeing the tip of the iceberg of what the National Hockey League already is and will be for years to come. What am I talking aboot (yes, that is an intentional Canadian spelling of “about”)?

I’m talking about the speed and the skill of this game, how the game of hockey has evolved into the most insanely fastest and skilled sport in the world, even faster than before, dominated by the youth of today. I’m talking Connor McDavid. I’m talking Auston Matthews, Nathan MacKinnon. The list goes on and on. I’m talking about the future of the NHL, which is — for the most part — speed and skill. The ice is their playground, and these kids are having a blast showcasing their skills to us. Ladies and gentlemen, the future of hockey is already here.

The first of the two articles I’d read was by Craig Custance, and it basically talked about that one really exciting game in the World Cup of Hockey between Team North America and Team Sweden a few years back. It’s such a fun read. If you haven’t already, go check it out. It’s also a great reason to subscribe to The Athletic!

So without further ado, let’s talk briefly about that super exciting game.

Team North America was assembled and filled with young roster talent, with the likes of Edmonton Oilers number one overall draft pick Connor McDavid, then-undrafted (or future-Toronto Maple Leafs first overall draft pick, however you want to look at it) Auston Matthews, Colorado’s Nathan MacKinnon, etc. So you’ve got all this talent on your roster but, no one expected them to go far. Boy, did we think wrong. While Team Canada was lighting up the international hockey community as always, Team North America was bringing everyone to the edge of their seats as well with the speed and skill they brought to the ice. That North America – Sweden game was a whole new level of just that.

I don’t think I ever caught the entire game with school and such. I may have, but I don’t remember. Anyway, I do remember watching the overtime game winner and just being in absolute awe with MacKinnon. Johnny Gaudreau, of the Calgary Flames, had the puck after forcing a Sweden turnover along the boards in the offensive, made a nice play to Nathan MacKinnon who was just hanging back and waiting, and the rest was history.

In a tournament that was relatively meh, that had to have been one of the prettiest and most exciting highlights I’d ever seen. Of course the game itself was super fun as well, with all the back and forth action. If only Team NA had advanced to face Canada. Holy smokes, that would have been something.

But this is what I’m talking about. We are seeing just so much insane skill and creativity in today’s youth that it’s incredible. Already early on in this young 2018-19 season, we’ve already seen a couple of highlight beauties.

Obviously for San Jose Sharks fans, you had Evander Kane’s nice goal as the Sharks’ first of the season against the Anaheim Ducks.

You had an even prettier highlight reel goal shorthanded by Tomas Hertl, who battled through two players and absolutely undressed the Ducks’ Andrew Cogliano along the boards with a beautiful toe drag before going top shelf on John Gibson.

Let’s put that in a GIF, shall we?

Timo Meier scored a highlight reel of his own against the Philadelphia Flyers in what was already a 6-1 drumming at Wells Fargo Center.

Of course, this isn’t just going to be a Sharks article, although we are Teal Town USA! Here’s a look at other highlight reels, such as this one by the Boston Bruins’ David Pastrnak.

And this one from Connor McDavid.

I could go on and on and on. But you get the point. Now more than ever, it’s a speed game. It’s a young man’s game. That doesn’t mean that grit and physicality don’t matter anymore. They still matter. When Hertl’s not scoring highlight reel goals, he’s being physical. He’s battling for 50/50 pucks. But when you combine physicality and the ability to create time and space and, in the end, a dangerous scoring chance, it’s a beautiful thing.

Gone are the days of constantly looking for someone to dance with. In hockey lingo, that basically means someone’s always looking to drop the gloves. The game ain’t like that anymore. There’s so much more skill, speed, and creativity out there that most teams have decided they don’t need an agitator to go running around hunting heads and looking to “set a tone” physically, not to mention with all the concussion issues in the league today that would be incredibly dangerous.

All you really have to do is just skate and have good hockey IQ. Dump the puck into the offensive zone and skate in to establish body position on the opposing player and try to get a strong forecheck going. Skate hard on the backcheck to try to negate a scoring opportunity the other way. Get a read of the developing situation. Bottom line is you have to be able to skate in this league or you won’t make it.

Players like Connor McDavid, Auston Matthews, and Nathan MacKinnon have just become even more dangerous young players and learned to utilize their skill sets so well. Like The Athletic’s Justin Bourne wrote in the second article I read, “for today’s young, skilled players, suddenly the shackles are kinda off”.

That being said, coaches still have a system they want their players to play. But you can’t deny that with each and every passing day especially so far in the season, they’ve loosened their leashes a little on how creative their kids can be.

Barracuda Open Season With Pair Of Wins
Felix’s Hockey Takes: Concerned But Not Panicking — Why the San Jose Sharks’ Less Than Average Start Isn’t Something to Panic About (Yet) & The Tale of Auston Matthews and the “Greatest Player” Debate